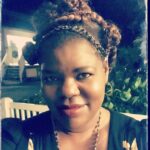 As the daughter of a civil rights attorney and a New Thought minister, Alicia has had one foot in social justice and the other in spirituality her entire life. She has been studying and then teaching the Buddhist path since 2005 with an emphasis in Refuge, Logic, and Vinaya.

Prior to coming to Insight LA, she spent two decades in the entertainment industry (Paramount Studios, Netflix), most recently overseeing the NBCUniversal film and TV archive which is a superb way to practice all 10 perfections. She has a BA and an MA from UCLA where she taught French for five years.

Alicia completed the four-year Buddhist curriculum of the Asian Classics Institute under Lama Sumati Marut, Geshe Michael Roach, and her heart teacher, Lauren Benjamin. Alicia took her Lifetime Lay and Bodhisattva vows from His Holiness the Dalai Lama (along with 12,000 other people) and most recently completed an 18 month Mindfulness course for caregivers.

For fun Alicia loves swing dancing, ocean swimming, and mentoring students. In her spare time she volunteers as a public speaker and hospice trainer for the Alzheimer’s Association of Greater LA.

After so many years studying and teaching, it is Alicia’s great honor to be working with the staff, board, and renowned teachers at Insight LA. Her (virtual) door is always open, so please reach out anytime.

Personal motto: All things are possible with the community. 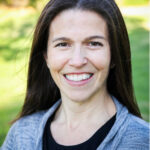 Jen and her team handle all things financial at InsightLA.  She strongly believes that one of our most valuable commodities is time and practices that belief by voraciously exploring new, better, more efficient and time saving technology to give time back to the people she works with.

Jen was guided towards meditation four years ago by a long time friend who spoke of the benefits they experienced from meditation.  Jen embarked on that journey immediately and hasn’t looked back.

Jen holds a Bachelor of Science degree in Human Biology from Pitzer College.  She enjoys doing puzzles, volunteering at her childrens’ school and spending time with those children and her husband. 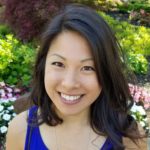 Anisa began her meditation journey when she moved to LA in 2013 which allowed her to establish not only a Youngish Adult sangha (community) in a new city, but also a rooted circle of friends and a fulfilling career path. She has sat 33 nights of silent residential retreat, managed 100+ nights of online silent retreat, completed 100+ hours of floatation therapy, and completed a 200hr and a 75hr Yoga Teacher Training. She previously volunteered at Shambhala Meditation and continues to volunteer for Transcendental Meditation Meditation groups. Born a second generation Thai Buddhist in Washington DC, Anisa lived in Hawaii for 10 years, obtained a BBA from University of Hawaii, and held various Director of Development positions for 10+ years in industries including tourism, restaurant, and wellness.  She has also sat on the board for Hawaii Food Manufacturers Association, United Cerebral Palsy,  Aloha United Way, and her home owners association. 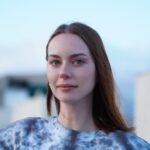 Darcy was first exposed to mindfulness in high school, where they regularly meditated with their classmates. Inspired by what they had learned, they graduated from college with a degree in the Interdisciplinary Study of Religions, where they wrote their Senior thesis on digital manifestations of religious practice with a focus on the mindfulness meditation app Headspace. For the last few years, Darcy has been employed at a variety of non-profit organizations where they were passionate about mission-driven, community-oriented work.

Darcy is excited to work alongside and learn from InsightLA’s team, collaborating with the community in order to produce programs for the community 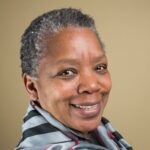 Shadi (pronounced so it rhymes with buddy) has been a student of many  modalities in 30+ years of spiritual and personal growth exploration. Her  deepest dive is in Buddhism and in the practices of meditation, yoga, and  qigong as well as wellness technologies. She is a meditation teacher and  meditation & mindful action facilitator. Shadi  feels very fortunate to have spent her 30-year professional career in the  charitable sector fundraising and marketing for the missions of crucial  humanitarian causes, arts & culture and social change organizations.

With more than 30 years’ experience in the charitable sector and a track record of success in organizational change management, marketing,  communications and fundraising, Shadi provides strategic,  focused and realistic solutions to non-profit organizations. 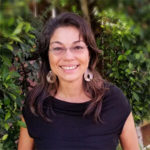 Rosamaría leads the Insight in Action program, bringing a life commitment to social justice and meditation, and experience in managing non-profit programs.

Her dedication to meditation has inspired her to mitigate suffering using insights from mindfulness-based practices. She is passionate about sharing meditation practices with groups dedicated to changing injustices in environmental, socio-economic, and political arenas and in communities that have limited exposure to the benefits of meditation.

She facilitates meditation groups in Spanish for refugees in shelters in Tijuana, Mexico, in Spanish and English in East Los Angeles and East Hollywood.

Rosamaría is a graduate of the mindfulness meditation teacher program with Jack Kornfield and Tara Brach, and a graduate of InsightLA’s Facilitator Training Program with Maureen Shannon-Chapple and Trudy Goodman. She continues studying under the guidance of Jokai Blackwell Sensei. She has also practiced with various teachers in different institutions, including Spirit Rock, InsightLA, Long Beach Meditation, Deer Park Monastery, and Yokoji Zen Mountain Center.

Before becoming dedicated to mindfulness teaching, her career was dedicated to working for just health care access, immigrant rights, grassroots and labor organizing. Rosamaría holds a Master’s in Geography, Bachelor’s in Cultural Geography and Urban Analysis, and an AA Degree in Human Services. 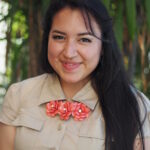 Hello there! My name is Stephanie Miranda and I am passionate about serving others. As the Community Outreach Coordinator,  I plan to be the bridge bringing together the Latinx community and the empowering services of Insight in Action. My first experience with mindfulness meditation was while working remotely due to the pandemic. This brought great solace to the workplace and I’ve been intrigued by mindfulness meditation ever since.  I am currently a student at Brigham Young University, earning a Bachelor’s in Marriage and Family Studies. Youth and parent advocacy have been my focus of work for the past 5 years, providing quality after-school programing for economically challenged families. I enjoy hiking as well as being a committed wife, parent and friend. 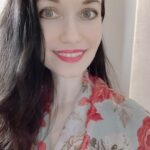 Erica is dedicated to the email marketing program at InsightLA.

Her professional background includes marketing, writing, editorial and content work, teaching, and acting. The common thread through all of these endeavors, for her, is the power of communication – and she views email as a platform to communicate impactful information that recipients will enjoy, learn from, and find helpful and inspiring. She believes the best marketing is focused on great customer experience as the highest aim.

Meditation has always been a natural and valued part of Erica’s wellness and spiritual practice. As a neurodiverse individual, meditation and self-awareness work have been an indispensable and deeply healing part of her journey. As such, being in a position to help broadcast mindful practices and events to InsightLA’s community is very meaningful and gratifying for her. 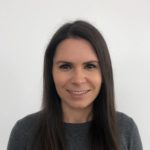 Abby Uriarte is a consumer marketing, business, and strategy consultant with over 12 years of experience driving revenue and growth for businesses.  A powerful storyteller with a keen eye for customers, strong marketing instincts, and extensive digital and tech expertise, she keeps a pulse on cultural trends and brings fresh, innovative thinking to her work.  Abby brings a never-ending stream of creative ideas coupled with an analytical, data-driven mindset.  She constantly pushes the envelope, fusing industries and identifying partnerships that elevate brands in new ways.

Abby’s experience spans a variety of industries and ranges from Fortune 500 companies (American Express, Adobe) to startups (Rent the Runway, TabbedOut), and everything in between (MedMen, Beachbody).  She is passionate about health & wellness and has been fortunate to work in this space for the past 6 years.  For the past 3 years, she has been working as a pioneer in the legal cannabis market, serving as executive across several dispensaries and brands.

Abby came to InsightLA through MBSR after experiencing corporate burnout.  MBSR kickstarted her daily meditation practice, which has helped her become more calm, present, and at ease.  She’s excited to bring the benefits of mindfulness to more people through her work with InsightLA. 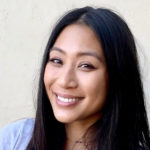 Allison Du is our social media manager. She works with her team on marketing strategies as well as keep our community informed with the latest at ILA through social platforms. Her goal is to support ILA’s vision by best communicating it to the community.

Allison worked as a marketing brand strategist, art director, and events specialist  in the beauty, fashion and entertainment industries. Although she has gained a big part of her skillset in larger corporations, she hopes to build a more personal clientele that better aligns with her core values. She is passionate about wellness, health, music, and art as it has positively impacted her life greatly. She hopes to bring that same positivity to inspire the community with her work through InsightLA. 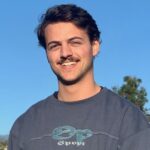 Sam supports day-to-day operations at InsightLA as Chief of Staff and Board Liaison, bridging the board’s committee work with the organization’s greater strategic planning process.

Sam began meditating in high school with an MBSR course, snowballing into an interest in the meditation lineages and eventually a minor in Post-Colonial Asian Studies. Majoring in Visual Arts and focusing on cultural semiotics, Sam conducted research in Mongolia, Japan, China, Thailand, and India on the way people make illustrations of universal concepts such as “home.” This generated a sketchbook shared by a hundred+ volunteers throughout those countries, and an analysis of the socio-cultural influences that affect what images are held in the mind’s eye of the individual and the collective visual subconscious.

Sam also works as a freelance designer and artist. Often, his personal work explores our distance from nature and reality. With love and humor, he mocks the half-hearted and futile ways we commodify peace, green, and wellness – rather than looking inward enough to radically change our conditions and truly return home. Other times he just likes to doodle without thinking too hard. 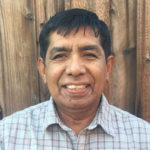 Pepe handles all of the maintenance and upkeep of InsightLA’s facilities across multiple locations.
Pepe has also completed InsightLA’s facilitator training program in 2018. He loves to share his meditation practice with others. On his spare time, he enjoys studying the writings of early philosophers with a special affinity for Socrates. He is happily married to his wife Maria for more than 20 years.