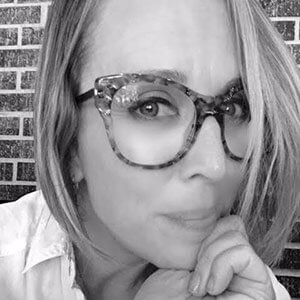 She began her work with meditation as a graduate student at Naropa University in Boulder, Colorado where a contemplative education helped inform her art as a poet and writer. While acquiring her first MFA in Creative Writing at the Jack Kerouac School of Disembodied Poetics, she engaged in Dharma teachings & worked to create somatic experiences and forms that explored what it means to write the body, to understand movement and incorporate body-based practices into her work. In 2013, she traveled to Lithuania to begin research on the Holocaust + trauma narratives as part of her Ph.D. proposal that would explore memory & mindfulness. Upon her return, she focused on expanding her meditation practice as a tool for healing those who’ve experienced trauma in any capacity. While pursuing her 2nd MFA at NYU Paris, her practice deepened with her intuitive and telepathic abilities thus producing a kundalini awakening in 2014. After leaving the entertainment world in 2015, she began intense healing work around trauma and the body by engaging in thousands of hours of mindfulness-based coursework at InsightLA, UCLA’s Mindful Awareness Research Center and the Shambhala Mountain Center in Colorado.

At present, she’s focused on a book-length meditation of poems that address memory & the art of surrender. She also teaches heart-based meditations in Los Angeles. Her mission is to bring mindful self-compassion to those struggling to transform their lives while moving from a place of fear to one of unconditional love.