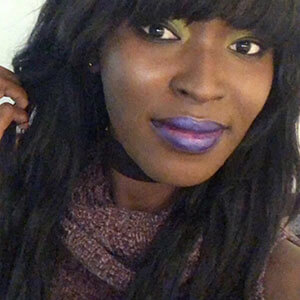 Riya Christie was born and raised in Jamaica, and moved to the United States where she started her transition. She has ran workshops around safe sex practice, HIV/AIDS, and other STIs, doing outreach to vulnerable communities including LGBT people, sex workers, drug users, and others. In 2016, She graced the cover of See Me: Transforming NYC’s Homeless Youth, a book by a renowned NYC photographer, Alex Fradkin, in collaboration with the Reciprocity foundation – a nonprofit organization that helps homeless youth.

Riya made herself very vulnerable because she wanted society to pay attention to disenfranchised communities and take affirmative action. In 2017, she was a panelist at the LGBTQ+ Career Conference 2017: Strategies for Thriving During and Beyond Berkeley, and spoke about the additional challenges transgender and gender non-conforming individuals often have to navigate while looking for work or advancing their careers. She also performed at Transgender Day of Visibility along with her sister and Momma’s Boyz. Riya now is at the San Francisco LGBT Center helping to connect people with the tools they need to be able to successfully sustain themselves.