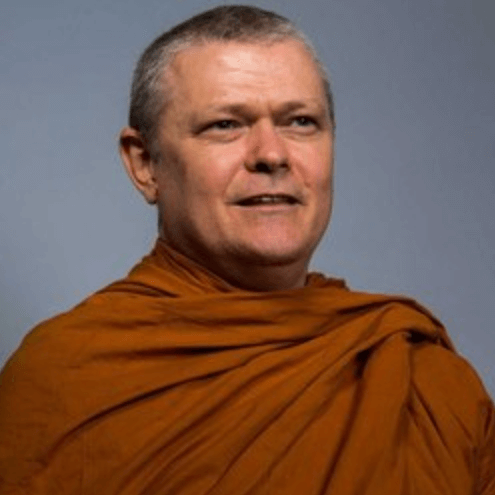 Bhante Sujato is an Australian Theravanda Buddhist monk ordained in a monastery in Chieng Mai in Thailand during the 1990s. He played in a successful rock band called Martha’s Vineyard for many years before he joined an intensive Buddhist retreat in Thailand which introduced him to the Buddha’s teachings.

Besides spending 3 years in the Bodhinyana monastery with Ajahn Brahm, he also spent several years in remote hermitages and caves in Thailand in Malaysia.

Bhante Sujato has taught the Dhamma and meditation to a varied audience in Australia and internationally such as Malaysia, Singapore, Indonesia, The USA, Germany, Norway, India, Hongkong, Taiwan, Sri Lanka and many others, and has spoken at several major international Buddhist conferences and events. He also helped to establish the Santi Forest Monastery in Bundanoon, where he was the abbot for many years.

Bhante Sujato has become well known for his articulate support for the fully ordained Bhikkhuni lineage. A special field of interest is the role of women in Buddhism and particularly the revival of the Bhikkhuni order within the Theravada tradition. As well as being a meditator and teacher, Bhante Sujato is a scholar of early Buddhism, with several books and essays of original and often groundbreaking research. He contributes to Buddhism in Australia through a wide variety of forums and organisations, including the Australian Sangha Association, Federation of Australian Buddhist Councils, Australia Partnership of Religious Organisations, Australian Association of Buddhist Councillors and Psychotherapists, Australian Association of Buddhist Studies, and Australian Religious Response to Climate Change.

Bhante Sujato is also the founder of SuttaCentral.net.