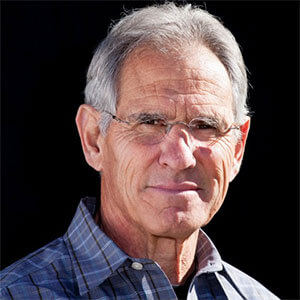 He is the author of numerous scientific papers on the clinical applications of mindfulness in medicine and health care, and of a number of books for the lay public: Full Catastrophe Living: Using the Wisdom of Your Body and Mind to Face Stress, Pain and Illness (Delta, 1991); Wherever You Go, There You Are: Mindfulness Meditation in Everyday Life (Hyperion, 1994); Coming to Our Senses: Healing Ourselves and the World Through Mindfulness (Hyperion, 2005); and Arriving at Your Own Door: 108 Lessons in Mindfulness (Hyperion, 2007). He is also co-author, with his wife Myla, of Everyday Blessings: The Inner Work of Mindful Parenting (Hyperion, 1997); and with Williams, Teasdale, and Segal, of The Mindful Way Through Depression: Freeing Yourself from Chronic Unhappiness (Guilford, 2007). Overall, his books have been translated into over 30 languages.

He has trained groups of CEOs, judges, members of the clergy, and Olympic athletes (the 1984 Olympic Men’s Rowing Team) and congressional staff in mindfulness. The Stress Reduction Clinic has served as the model for mindfulness-based clinical intervention programs at over 200 medical centers and clinics nation-wide and abroad.His major research interests have focused on mind/body interactions for healing, clinical applications of mindfulness meditation training, the effects of MBSR on the brain, on the immune system, and on healthy emotional expression while under stress; on healing (skin clearing rates) in people with psoriasis; on patients undergoing bone marrow transplantation; with prison inmates and staff; in multicultural settings; and on stress in various corporate settings and work environments. His work in the Stress Reduction Clinic was featured in Bill Moyers’ PBS Special, “Healing and the Mind” and in the book of the same title, as well as on Good Morning America, the Oprah Winfrey Show, and NPR. It has contributed to a growing movement of mindfulness into mainstream institutions such as medicine, and psychology, health care and hospitals, schools, corporations, the legal profession, prisons, and professional sports.

Dr. Kabat-Zinn has received numerous awards over the span of his career. He is a founding fellow of the Fetzer Institute, and a fellow of the Society of Behavioral Medicine. He received the Interface Foundation Career Achievement Award, and the New York Open Center’s Tenth Year Anniversary Achievement in Medicine and Health Award (1994); the Art, Science, and Soul of Healing Award from the Institute for Health and Healing, California Pacific Medical Center in San Francisco (1998); the 2nd Annual Trailblazer Award for “pioneering work in the field of integrative medicine” from the Scripps Center for Integrative Medicine in La Jolla, California (2001); the Distinguished Friend Award from the Association for Behavioral and Cognitive Therapies (2005), and an Inaugural Pioneer in Integrative Medicine Award from the Bravewell Philanthropic Collaborative for Integrative Medicine (2007).

He is the founding convener of the Consortium of Academic Health Centers for Integrative Medicine, and serves on the Board of the Mind and Life Institute, a group that organizes dialogues between the Dalai Lama and Western scientists to promote deeper understanding of different ways of knowing and probing the nature of mind, emotions, and reality. He was co-program chair of the 2005 Mind and Life Dialogue: The Clinical Applications of Meditation, held in Washington DC.