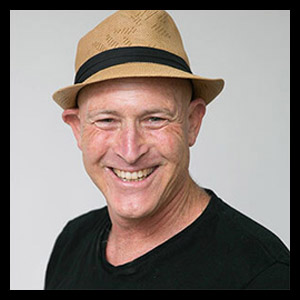 Here, he strove to grow, availing himself of its teachings, and cherishing his teachers.  He came to feel accepted, valued, loved and on a continuing, joint journey.

One of his greatest joys was the opportunity to train as a teacher and among his proudest achievements becoming one.

What exceeded his personal pride was the fulfillment he felt in helping others, particularly through teaching the MBCT class.

The teachers of InsightLA became the larger family he was seeking. And the connections which helped him to thrive. They contributed to his confidence and determination to become a licensed therapist.

Among his various careers, teaching and providing therapy were the ones that fed his soul. Clearly, he was feeling that he was actualizing his higher purpose.

As we all know, fundamental to reaching such a place is feeling a secure base of love and acceptance, even in the face interpersonal stresses and disappointments. Michael felt InsightsLA’s teachers provided that for him. And that he valued each of them for who they are.

Michael was, above all else, a kind, warm, giving soul. He lives on in those of us fortunate enough to have experienced him. And we, inevitably, will pass that on to others. The ripple effect of Michael’s spirit will live on.

Michael was a working journalist for more than 20 years. He was CEO of a tech company he co-founded in 2000 until, after practicing at InsightLA for several years, he decided to return to graduate school to become a psychotherapist. As he always acknowledged, “My decision was born of my own experience of healing from depression using principles of mindfulness, self-compassion, and cognitive behavioral therapy. I feel a deep sense of responsibility to help others experience healing in their own lives.” Michael used own his life experience and clinical skills to help so many people, some with both addictions and underlying mental health conditions.

Michael began meditating in 1976 in Taiwan and was fluent in Mandarin. He trained in TM, Zen, Ch’an and Jewish meditation. Since 2004, Michael studied with Trudy Goodman, founder and guiding teacher at InsightLA. His beloved teaching mentor, Christiane Wolf, MD, had the joy of mentoring Michael at InsightLA for years as he blossomed into a skillful, compassionate teacher, beloved by his community.