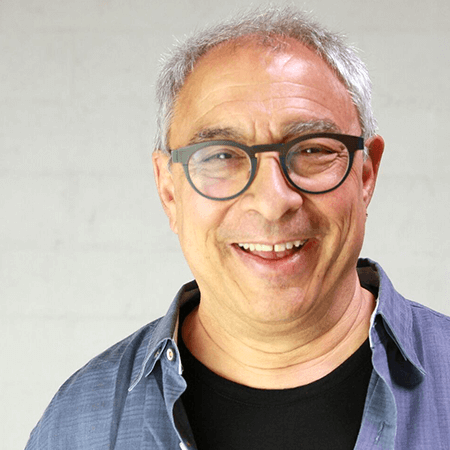 Ron Ames is a film producer, a meditation teacher and a change and transition strategist. Ron graduated from UCLA’s film school and went on to study with Lee Strasberg at the Actor’s Studio and Strasberg Institute and Milton Katselas at The Beverly Hills Playhouse. Ron’s early career focused on commercial production as an assistant director, producer, and director of national television commercials. Ron’s feature film career started when he produced the visual effects and second unit action sequences for Martin Scorcese’s, The Aviator. Since then, Ron has continued his career as a visual effects producer, post-production supervisor, and associate producer. Ron has been a producer on The Departed, Avatar, Shutter Island, Real Steel, Star Trek Into Darkness, Avengers Age of Ultron, Star Trek Beyond and many more studio tent pole film productions. Ron also works on independent films including this year’s Breathe and The Ritual.

While being a full-time producer, Ron began his journey into meditation. After reading several books on the subject, and beginning a daily home practices, Ron started to study with Spirit Rock teachers and InsightLA founding teacher, Trudy Goodman. Encouraged by his teachers to deepen his practice Ron attended Spirit Rock’s Dedicated Practitioners program in Woodacre, California.

Ron was then invited to join the first teacher training cohorts at both InsightLA and Against the Stream Buddhist Meditation Society. Ron received authorization to teach from Trudy Goodman and Against the Stream. Since then Ron has taught mindfulness and has had the honor of teaching meditation both in the secular and Buddhist tracks.

Over the last two years, Ron has studied Change and Transition with Philip Moffit at the Life Balance Institute in Marin, CA. Ron is a certified Life

Balance strategist and teaches Change and Transition workshops to individuals and businesses. In 2016 and 2017 Ron lived and worked in London, England as head of VFX and Post Production at Andy Sirkis’ Imaginarium Studios. Ron is currently working as associate producer and visual effects producer on Travis Knight’s BumbleBee the latest Transformers movie, which will be released in December 2018.

The blending of Ron’s careers as a filmmaker and meditation teacher has afforded him a unique perspective on mindfulness in the workplace, life balance, and a creative and integrated approach to leadership.