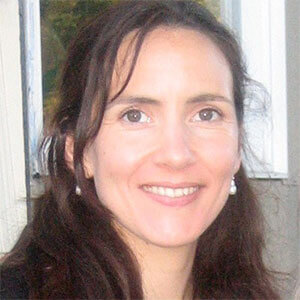 Rose Taylor Goldfield is a second-generation Buddhist teacher in the Karma Kagyü lineage, with the blessing of His Holiness the 17th Gyalwang Karmapa and her teacher Khenpo Tsültrim Gyamtso Rinpoche. She teaches Buddhist meditation, philosophy, yogic exercise and dance, and classical Tibetan language.

Rose has written and translated books, articles, and numerous songs of realization, including Khenpo Rinpoche’s book Stars of Wisdom and a chapter in Freeing the Body, Freeing the Mind: Writings on the Connection Between Yoga and Buddhism. She holds an MA in Indo-Tibetan Buddhist studies from Naropa University. Rose grew up in a Buddhist household, her mother first practiced in the Theravadin tradition and lived in Thailand for many years and later became a Tibetan Buddhist practitioner after meeting Chögyam Trungpa Rinpoche in 1968.

Having studied and practiced extensively in the Shambhala lineage, Rose began training under Khenpo Rinpoche’s close guidance in 2002. He sent her on numerous extensive practice and study retreats.  In 2005, he appointed her teacher to his nuns in Bhutan and Nepal. She taught the nuns Tibetan Buddhist philosophical texts and meditation, and was a teacher at the ten-week program for international students at Jamgon Kongtrul Rinpoche’s monastery in Nepal. From 2007-9, Rose attended Khenpo Rinpoche daily while living with him in semi-retreat in Seattle. In 2007, Khenpo Rinpoche appointed her to a full-time position with Marpa Foundation, where she served as vice-president and secretary until 2011.

Rose married Ari Goldfield in 2008 while on semi-retreat with Khenpo Rinpoche. They currently teach internationally from their home base in San Francisco under the auspices of Wisdom Sun, the practice and study community they established together in 2011.