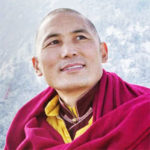 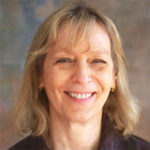 END_OF_DOCUMENT_TOKEN_TO_BE_REPLACED

Western meditation students often wonder why deeper states of concentration, insight, compassion, and a felt sense of interconnection can be so elusive. When Dza Kilung Rinpoche began to work with students in the West with these challenges, he realized that often their roadblocks came from their inability to access a truly relaxed mind.

In response, he created a seven step meditation program to train the mind to fully relax. Each step leads to a deeper level of profound mental relaxation hand in hand with a greater wakening awareness. A commitment to training in these steps allows for a felt-sense of relaxation, wisdom, emptiness, and connection that’s accessible at all times, no matter the circumstances.

Rinpoche will draw from his book, The Relaxed Mind, which contains instructions for the seven-phase meditation practice Rinpoche developed for students in the West. It’s adapted from traditional instructions to counteract the overwhelming distraction that is becoming a global culture these days, not only in the West. Experienced meditators may be surprised to find their practice deepening through letting go of tension. This is also an excellent approach for any beginner.

Rinpoche is the fifth reincarnation of H.H. Jigme Ngotsar Gyatso, the enlightened yogi who built Kilung Monastery in the 18th century. Jigme Ngotsar was important in his lineage line: he was one of the renowned “Four Jigmes,” principle disciples of Rigdzin Jigme Lingpa, probably the most important Nyingma teacher of the last 600 years. Rigdzin Jigme Lingpa sent Jigme Ngotsar back to his home territory of Dzachuka to build a monastery. With the patronage of the King of Derge, Jigme Ngotsar built the monastery which included a main temple (still standing), a thriving monastic college with several hundred monks, and a separate center for long-term retreat. A nunnery later developed at one of its retreat centers.

In 1993, Rinpoche left Tibet on pilgrimage. Intending to be gone less than a year, it became a seven-year adventure. It was on this journey that he began developing the Kilung Foundation. In 1998 he traveled to America, where he also began to teach Buddhism to westerners. Since then Rinpoche has divided his time in and outside Tibet. While accepting invitations to teach in Beijing, Denmark, Singapore, Malaysia, Taiwan, Brazil, and Argentina, he focuses his dharma activities in America, and especially the Pacific Northwest. His home is on south Whidbey Island in the Salish Sea.

In November, 2015, Rinpoche’s first book, The Relaxed Mind, a Seven-Step Method for Deepening Meditation Practice was published by Shambhala Publications.

All Donations for this event go towards The Kilung Foundation at Work. Please consider giving generously. This video (5 min 45 sec) is about the work of the Kilung Foundation in Dzachuka, East Tibet, to preserve and support nomad culture and lifestyle.  It includes compelling images of the nomad people of Kilung Valley in their centuries-old way of living, as well as footage of the dramatic lifestyle challenges that are occurring through modernization and  urbanization. 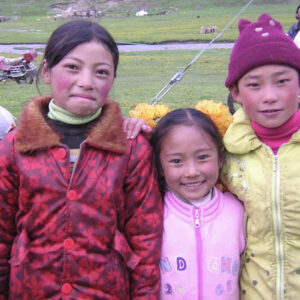 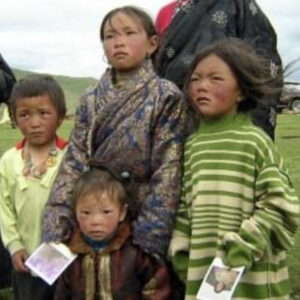 Please give generously. Nomad families are at risk for many preventable diseases, including tuberculosis, hepatitis B, and hydatid disease. Currently, they have very little access to medical care, prevention and health education. The Kilung Health Clinic will make an enormous difference in providing preventative care. Please help us furnish and equip the clinic this year!

They need an education that includes their language and cultural heritage and prepares them for the modern world. The Kilung Community School will provide them with the education they need.

Thank you for your help in equipping the Shedra with these necessary supplies!