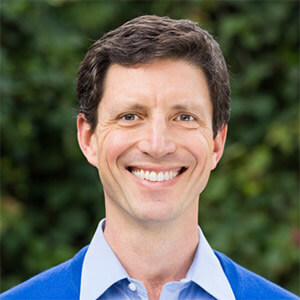 Ari Goldfield is a Buddhist teacher. He had the unique experience of being continuously in the training and service of his own teacher, Khenpo Tsültrim Gyamtso Rinpoche, for eleven years.  From 1998-2009, Ari served as Khenpo Rinpoche’s translator and secretary, accompanying Rinpoche on seven round-the-world teaching tours. Ari received extensive instruction from Rinpoche in Buddhist philosophy, meditation, and teaching methods, and meditated under Rinpoche’s guidance in numerous retreats. In 2006, Khenpo Rinpoche sent Ari on his own tour to teach philosophy, meditation, and yogic exercise in Europe, North America, and Asia. In 2007, Ari moved with Rinpoche to Seattle, where he served and helped care for him until Rinpoche moved back to Nepal in 2009. Ari now teaches in Rinpoche’s Karma Kagyu lineage, with the blessings of the head of the lineage, H.H. the 17th Gyalwang Karmapa, and of Khenpo Rinpoche.

Ari is also a published translator and author of books, articles, and numerous songs of realization and texts on Buddhist philosophy and meditation. These include Khenpo Rinpoche’s books Stars of Wisdom, The Sun of Wisdom, and Rinpoche’s Song of the Eight Flashing Lances teaching, which appeared in The Best Buddhist Writing 2007. He is a contributing author of Freeing the Body, Freeing the Mind: Writings on the Connections Between Yoga and Buddhism.

Ari studied Buddhist texts in Tibetan and Sanskrit at Buddhist monasteries in Nepal and India, and at the Central Institute for Higher Tibetan Studies in India. In addition to translating for Khenpo Rinpoche, he has also served as translator for H.H. Karmapa, Tenga Rinpoche, and many other Tibetan teachers. From 2007-11, Ari served as president of the Marpa Foundation, a nonprofit organization initiated by Khenpo Rinpoche that supports Buddhist translation, nunneries in Bhutan and Nepal, and other Buddhist activities. Ari holds a BA from Harvard College and a JD from Harvard Law School, both with honors.

Ari married Rose Taylor Goldfield in 2008 while on semi-retreat with Khenpo Rinpoche. They currently teach internationally from their home base in San Francisco under the auspices of Wisdom Sun, the practice and study community they established together in 2011.