Our mission is to make all of our programs accessible. Every fee-based offering has a limited number of pay-what-you-can spots available to support self-identified people of color, members of marginalized groups (queer people, transgender people, and  people with disabilities) and those in financial need (those for whom the cost to attend is not financially possible).

These spots are offered on a first come, first served basis. Please pay at the highest level you can afford. In order for this support to be available, we rely on those who can afford to pay the full price to do so.

Find out if spots are available by clicking REGISTER NOW on the event you are interested in.

In the event that these spots have been claimed and you’re interested in attending please email support@insightla.org to be added to the financial support waitlist.

We reserve the right to cancel a class or special event due to low enrollment or other circumstances which would make the event non-viable. If InsightLA cancels an event you’ve registered for, you will be offered a full refund. If an event has to be postponed for any reason, you will have the option to either receive a full refund or transfer your registration to the same event at the new, future date. If you cancel, we apply a 5% credit processing fee and the refunded amounts are listed below:

Register Now Save for Later Please log in or create an account to be able to use this functionality. 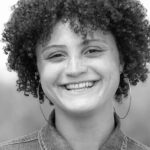 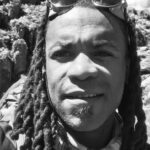 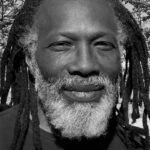 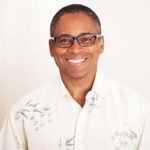 END_OF_DOCUMENT_TOKEN_TO_BE_REPLACED

Have you ever wondered what it’s like to climb the highest mountain in the world? Join Phil Henderson, Rosemary Saal, and Dom Mullins from the Full Circle Climbing Team — who made history as the first all-Black team to summit Mt. Everest — in this 90-minute online event as they discuss the preparation, both mental and physical, that went into their ground-breaking expedition.

Experts have long known that being mindful can enhance athletic performance – this not-to-be-missed event is a chance to hear about how, straight from the source!

We invite you to participate in this empowering discussion and Q&A on how extreme athletes use mindfulness techniques to achieve their goals – and how you can, too – moderated by InsightLA teacher and mindful performance coach Elliott Law.

In 1963, the first American expedition reached the summit of Everest. That same year Dr. Martin Luther King delivered his historic “I Have A Dream” speech. Still, until 2022, there had never been an all-Black team to summit the tallest mountain on Earth.

On May 12, 2022, this group of climbers made history as the first all Black team to summit the highest mountain on earth.

The Full Circle Everest Team represents a zenith in generational perseverance.  This expedition showcased the tenacity and strength of these climbers, and highlighted the barriers that continue to exist for Black communities in accessing the outdoors. This historic summit will inspire the next generation of outdoor enthusiasts, educators, leaders, and mountaineers of color to continue chasing their personal summits.

Read more about the team and their expedition here: www.fullcircleeverest.com

About Elliott Law:
Elliott Law has studied mindfulness since 2011 and maintains a dedicated practice. At InsightLA, Elliott teaches Unwinding Anxiety and Mindful Eating Mindfulness-based Habit Change courses, Essentials of Mindfulness courses, co-facilitates the LGBTQ+ Practice Group, and is on the Ethics and Reconciliation Council.

Elliott supports mindfulness at USC as a Mindful USC teacher and the Associate Director of Fundraising for the USC Center for Mindfulness Science. In 2015, he established the Mindful USC Mindfulness Practice Group in Downtown LA, which he leads weekly. Elliott also regularly presents on mindfulness for Keck Medicine of USC medical students.

The sport of tennis is a long-time passion for Elliott. He is a U.S. Professional Tennis Association Elite Professional with over 20 years of teaching experience and integrates mindfulness concepts into his tennis instruction.

About the team:
Phil Henderson:
A native of California, Philip has worked in the outdoor industry for almost three decades. His passion for outdoor recreation, education and climbing has provided him with opportunities to travel and climb around the world. He has been on several major expeditions including Everest, Denali, Kilimanjaro and Mt Kenya.

As an educator he has assisted in training guides, rangers and porters on several expeditions. In 2012 Philip was a member and team leader of the North Face/National Geographic Everest Education Expedition, became one of few African Americans to summit Denali in 2013 and led an all African American ascent of Mt Kilimanjaro in 2018. He is the recipient of the Outdoor Afro 2020 Lifetime Achievement Award.

Rosemary Saal:
Rosemary Saal is an outdoor enthusiast, educator, and Seattle transplant currently living in Tucson, AZ. Growing up in Seattle, she was constantly surrounded by the many mountains of the Pacific Northwest. While she began a thrilling yet sporadic journey of learning to ski at a young age, she couldn’t begin to imagine the many possibilities that existed in the mountains beyond a chairlift. At the age of 12, she took her first rock climbing course with Passages Northwest (now GOLD with the YMCA), and learned the ropes of scaling walls outdoors.

This initial exposure to the greater world of Outdoor Recreation as an industry and community led to future courses in both rock climbing and mountaineering with the same organization, as well as with NOLS. Eventually, these connections and experiences allowed Rosemary the opportunity to be a member of the Expedition Denali climbing team in 2013. ​

Over time, she began to pursue the possibility of turning this passion into a career and in 2016, took her Instructor Course with NOLS. Since then, she has worked primarily as a backpacking field instructor and in the summer of 2019 he began her journey of working in the mountaineering program for the school as well.

Demond “Dom” Mullins:
Demond Mullins received his PhD in Sociology from The  Graduate Center of the City University of New York  (CUNY) in 2013. He is a combat veteran of the Iraq War,  where he served as an Armor Crewman in OIF II. After  service Demond became a National Spokesman for Iraq  Veterans Against the War (IVAW) and worked as a United  States Senate staffer on veterans health and education issues.

​Demond is an enthusiastic outdoorsman and conducts  social research on the benefits of outdoor recreation,  particularly mountaineering. In 2015, he conducted an  ethnographic study of a group of combat veterans  during their summit bid of Denali. He has also summited  Kilimanjaro and Mt. Kenya.

Our mission is to make all of our programs accessible. Every fee-based offering has a limited number of pay-what-you-can spots available to support members of marginalized groups (people of color, queer people, people with disabilities) and those in financial need (those for whom the cost to attend is not financially possible).

These spots are offered on a first come, first served basis. Please pay at the highest level you can afford. In order for this support to be available, we rely on those who can afford to pay the full price to do so.

In the event that these spots have been claimed and you’re interested in attending please fill out this intake form to apply for financial support or a payment plan.