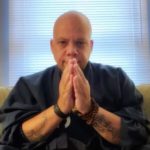 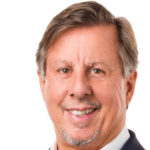 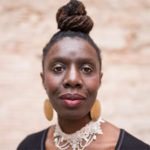 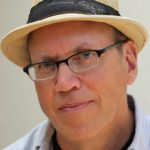 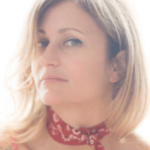 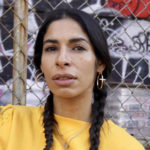 END_OF_DOCUMENT_TOKEN_TO_BE_REPLACED

Buddhist Recovery Network and Insight LA Bring together a Zen Monk and founder of 12 steps for unconscious racial bias, the founder of Internal Family Systems, the co-founder of 8 Step recovery, the co-founder of the Buddhist Recovery Network, and the founder of a modern trauma-informed digital rehabilitation solution. Using The Buddhist Teachings to overcome addiction we will discuss these timely and important questions: Is Racism an Addiction? Is there such a thing as the co-dependency of Racism. Please join us in this important conversation and bring your questions.
About the Panalists:
Seiho Morris
The African American Reverend Seiho Morris, ordained Rinzai Zen Buddhist Monk, has been providing workshops and immersion practices, related to cultural bias, racism and otherism by harmonizing the Four Noble truths, the Eightfold Path, and a specifically revised expression of the Twelve Step Principles in an effort to help support and advance the path of change related to racism.
Richard Schwartz
The White American Richard Schwartz the founder of the Internal Family Systems Model Institute. He began his career as a family therapist and an academic at the University of Illinois at Chicago. There he discovered that family therapy alone did not achieve full symptom relief and in asking patients why, he learned that they were plagued by what they called “parts.” His work explores  “that we all have many minds—what I call “parts”—many of which are young and took on extreme beliefs (eg., racist burdens) for protective reasons when we were young; and that the pervasiveness of racism in the U.S. is so great that it is impossible for some of those parts to not have absorbed some, then admitting that they exist is not as shameful. It’s a part—not all of me– and it carries internalized racism that it can unload.”
Vimalasara Mason-John
The African Canadian/Brit Valerie (Vimalasara) Mason-John is the co-founder of 8 Step Recovery, with meetings in several continents and is the co-founder of the accredited program the Mindfulness Based Addiction Recovery MBAR, an 8-week recovery program, and a train the trainer program. During the recent uprisings, and the toppling of statues that have glorified slavery, and the confederate flag a symbol of white supremacy, she has become aware of her co-dependency.  She has coined the term the Co-dependency of Racism.
Kevin Griffin
The White American Kevin Griffin, author of several books, responsible for popularising Buddhist recovery, he is a co-founder of the Buddhist Recovery Network.  He is the bestselling author of One Breath at a Time: Buddhism and the Twelve Steps and several other books bridging dharma and recovery. A co-founder of the Buddhist Recovery Network, he is a leader in the mindful recovery movement and a sought after speaker and teacher. He offers retreats, workshops, and public talks internationally. He was trained and teaches regularly at Spirit Rock Meditation Center, the West Coast’s leading Buddhist retreat center.
Holly Whitaker
Holly Whitaker is the founder of Tempest, a modern, trauma-informed digital rehabilitation solution, and founder of The Temper, an online publication dedicated to examining all aspects of life through the lens of recovery and addiction. She’s the author of “Quit Like a Woman” and lives in Brooklyn.
Jessica Hoppe
Jessica Hoppe is a New York-based writer and founder of @nuevayorka, a platform dedicated to wellness at the intersections of identity, culture, and politics. She is a proud Latina and a fierce advocate for representation in both the editorial and recovery spaces. Jessica has been featured on ABC News, The New York Times, Vogue, Paper Magazine, GEN mag, and elsewhere. She is currently contributing to Sad Girls Club, a mental health resource for BIPOC womxn, and writing her first book of essays.

Zoom: This event will be utilizing the Zoom video conferencing platform.