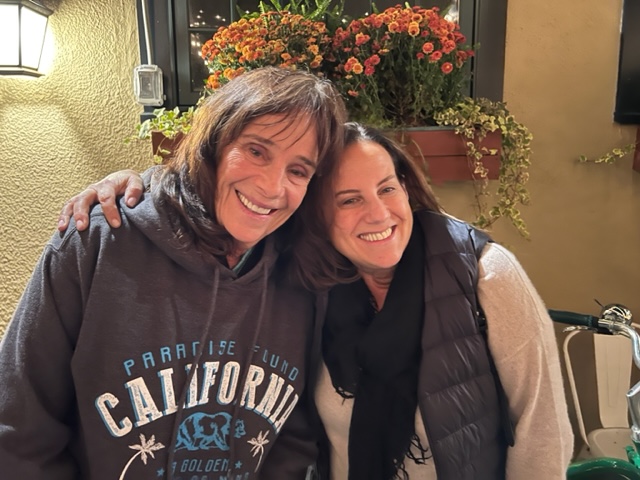 My daughter Hilary and I just made a pilgrimage back to Cambridge where she grew up. Her children are launched now. We’ve had a few days together, just the two of us – such a rare opportunity. Seeing old friends, walking around Harvard Square in the rain, driving past the places we used to live is as nostalgic as the fragrance of wet leaves fallen from flaming scarlet sugar maples. And yet, mother-daughter differences can appear in a flash! When you and I are a bit mindful, moments of reactivity are great reminders to ease up on ourselves. With practice, it gets easier to forgive each other for being who we are. Seen through forgiving eyes, who we are gets even better, too.

Parents want to do their best with their kids, but as a mom I thought I had to be my optimum best self at all times. It was a recipe for failure and – a huge amount of pressure to carry around! Especially combined with harsh self-judgment when I lost it. No parent is perfectly mindful 24/7. Like meditation, or love, parenting is a process. A creative process, requiring imagination, mindfulness, patience and kind strength. What greater process than creating humans who know how to live with loving awareness, compassion and forgiveness?

Donald Winnicott, a British pediatrician and psychoanalyst, was a huge inspiration for my work with kids and families, including my own. He coined the phrase “good enough mother” and it really helped me realize that making ordinary parenting mistakes was OK. During infancy, moms (and hands-on dads) necessarily attend to their infant’s every need. After that, Winnicott saw that kids actually benefit when their primary caregivers disappoint them in reasonable ways – it’s practice for living in reality, which will inevitably be disappointing at times. Parent or not, everyone has been a child – so wherever you are, please accept a shout-out for being good enough – from my daughter and me!