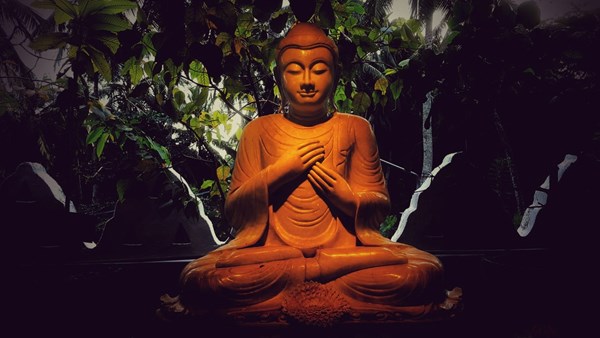 Growing up in Japan where Buddhism was one of the primary religions, I had both affinity and aversion to certain traditions and rituals. Interestingly, most of my memories associated with Buddhism are funerals when we all had to sit on our knees for a seemingly long time listening to the monks chant. Although those services usually came with feasts, my early impression of Buddhism was more unpleasant than not.

Fast forward to the ‘90s, I found my way to Buddhism in Los Angeles in my thirties. A friend invited me to a talk by Shinzen Young, which was my first encounter with Vipassana. A year or so later I fell into profound depression, and my friend, who had since been studying with Shinzen, guided me to be present with my suffering. This was the beginning of my Vipassana practice.

During my teenage years, I found myself often visiting some small temples in Kamakura, where Japanese Zen sects started in the 12th Century. Tucked amidst numerous famous temples are less-known smaller temples hardly crowded with tourists. Without knowing much about Buddhism, there was something romantic about those temples for the rebellious teenager I was.

In the current social context, especially in the last two years, almost suddenly I awoke to see the bubble I was practicing in. The Sanghas I belonged to all these years were predominantly white, more affluent, and I was comfortable being one of the few BIPOC members of the community. Once I went through inclusivity trainings for Dharma teachers, I became increasingly aware that I was a “person of color.” After the Black Lives Matter movement became a loud voice prompted by the George Floyd incident, the DEI issue also became an undeniably critical conversation within our community.  And I found myself inexplicably uncomfortable.

Regardless, I found the Insight meditation practice very simple and practical. Over the years since my first encounter, it helped me navigate many vicissitudes of life. It offered space to be sad, happy, angry, joyous, and everything in between, in a delightfully messy kaleidoscope.

Other posts by Izumi Tanaka: